I started training in Shaolin-Do over the winter of 2001-2002, right when the world as we knew it was beginning to change. Everything seemed up in the air, and somehow it all seemed more important. I followed a friend of mine to a Tai Chi class in San Marcos and my life changed. We became hooked, and joined in the Kung Fu program as well. It felt great to have something timeless and ancient and incredibly powerful backing you up everywhere you go. We attended class regularly, trained non-stop at home and let the lifestlye creep in and mold us from the inside out. I was on my way to bigger and better things, I just didn't know it yet.

When I was getting ready to test for my black belt in 2004, I thought I knew everything. I had learned all the material as best as I could and my neighbors were getting used to seeing me sling a Kwon Dao around the backyard. When it came to the day of the test, I suddenly got real nervous about my ability to whip a Kwan Dao around my head, act like a Tiger, and keep my head together for the material. I had never had to perform something that was so important to me in front of so many people. My mind felt like it was closing down and it seemed impossible for me to succeed, but somehow I did it. And rocked it. I've seen the tape, I stand by that test. It wasn't impossible at all, that part was all in my head.

Going for 2nd Degree was a whole new battle. It seemed utterly impossible to keep the spears apart, they just kept blending together no matter what I did. I foolishly expected to be able to learn this new level of material in the same time frame as I was used to. Wrong! It wasn't until I was able to distinguish the unique character of each form, that they began to have a life of their own and stand apart. Not only that, but to have 4 different tigers with disparate personalities, and an infinite variety of ripping and tearing, plus 1st Black Tiger seemed like the longest form in the world! Then there was my introduction to Pa Kua which is not only is its own world, but seems to need its own language and perceptions. Once again, it seemed to much, but I persevered. I pushed through.

I tested on a rainy, cold night at the Round Rock school. This time, I had several tournament performances under my belt, so the thought of performing in front of people (and Grandmaster!) was no longer crippling. This time I worried about the conditioning. Blasting through 4 Black Tigers and then 4 Spear katas was no easy feat. And I still had to worry about Pa Kua and Tai Chi 64! But what I hadn't counted on was my adrenaline, my enthusiasm to get this done and do it right. I stepped out to bow...and it was over.

Seriously, I don't remember much of that test. I pushed it out in a long blur of rips and La-Na-Chas. But I remember what people told me, and I knew once again it had happened and I had turned what I thought to be impossible into reality.

Going for 3rd degree was yet another test of will and endurance for me. The hua jing element of Shing Yi eluded me for a long time. I got frustrated, worried I would never find it. Master Sean ran us in laps around the kwoon, working our mechanic and stances. He knew what I did not yet: that it comes as a result of practicing the wrong way enough to realize how and why it was wrong. After that, the correct way is all that's left.

I can't say that it came to me as an epiphany, but I will say that when I realized I found it, that process of further transformation no longer seemed so unattainable. The impossible became within reach. Tiger Crane was another beast, taming that form and putting it under my belt took over a year. But I had time, and a strong determination, so it fell into place eventually. Like most things, it took longer than I wanted it to and was harder than I thought it would be, but through hard work and dedicated practice, I got it done.

Putting together my material for 4th degree, thought this time it was the conditioning that seemed impossible. I just didn't know how to make myself get thru all the Huas and weapons without falling down from exhaustion, so I just practiced like mad. I timed myself. I worked things in repetitions until I didn't understand them anymore. I made videos of myself to critique constantly. I worked through forms in my head at work, and watched my videos on my break time. I gave up trying to condition myself into the material. I decided just to do the material over and over and over again until the conditioning came.

When the time came to test, the trick worked. Here I am a 4th degree. Turns out there is no trick. It's ALL in the work..

And I'm not stopping here. Now I'm learning crazy drunken forms with dizzying acrobatics, insane strength and flexibility requirements, and punishing dead falls. And guess what? IT SEEMS IMPOSSIBLE ALL OVER AGAIN! But if the past is any indication, I only need to work hard, keep progressing forward, and never give up. Impossible things are in my future, I just have to dig them out. And I will.

What (seemingly) impossible things do you aspire to? Set small, achievable goals and get them done. Then you will look back in a few years and see yourself there, right where you want to be. Can you see it? I see you there. Get up and get started.

The Journey is Worth It

How did the Shaolin Temple become a martial arts school?

Demonstration Photos - Year of the Ram 2015

Trying out my new Kwan Dao at home! 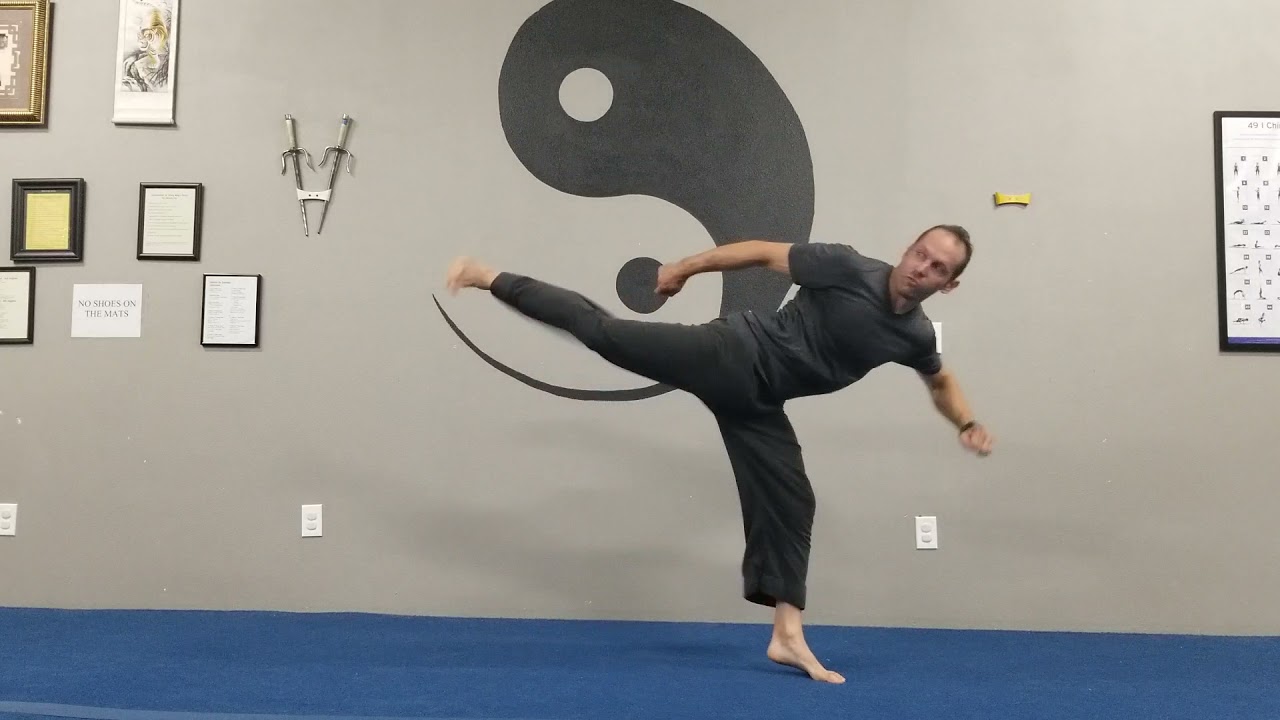 Balance Exercises for all Abilities 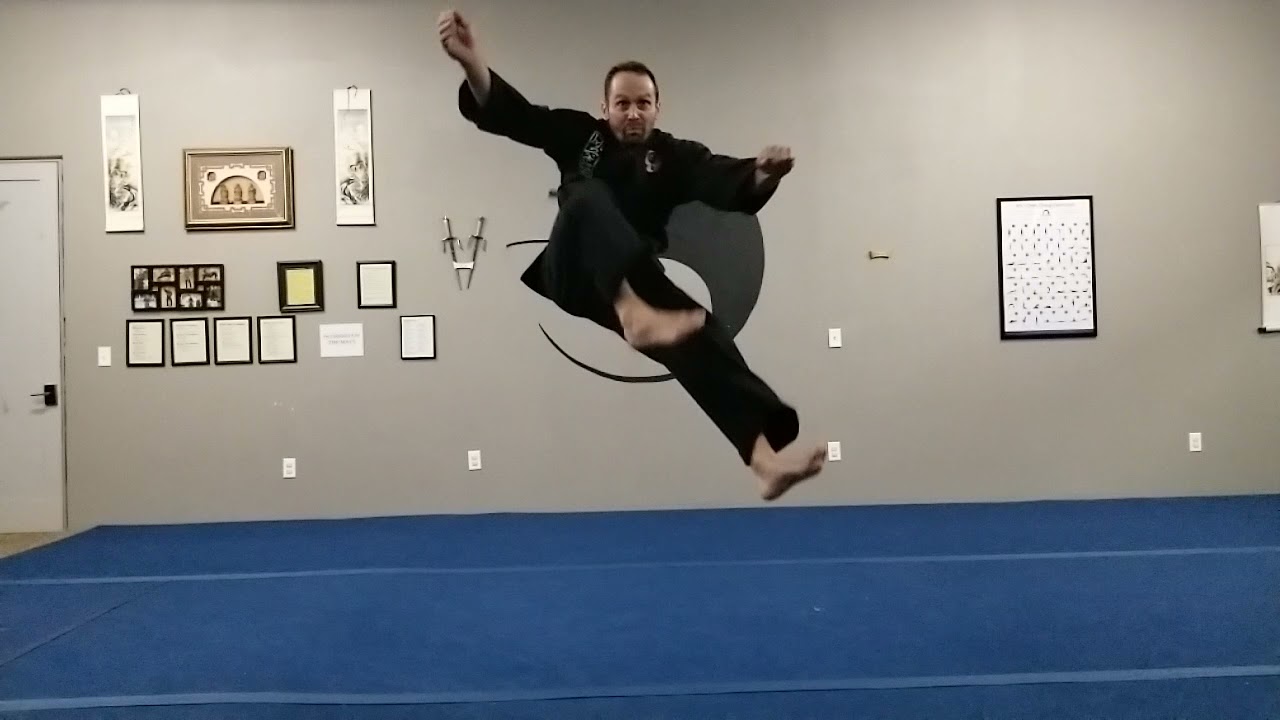 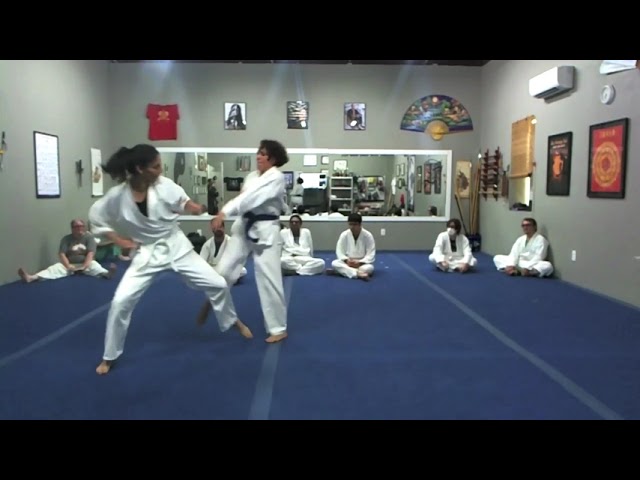